There are many more lawsuits ahead for Johnson & Johnson, one particular in Ohio coming in October that will likely end the same way as the one in Oklahoma did which granted $572 million in damages to help the state pay for its opioid crises. Of course, Johnson & Johnson will appeal and will try to settle out of court as many cases as they can. But what cannot be appealed or staved off in any way is the cause of the opioid crises itself, which is essentially the entire medical industry from the local doctor and pharmacy to the multibillion-dollar pharmaceutical companies that thrive of death and pain. Now that there is a roadmap to prosecute a company like Johnson & Johnson for their role and marketing dangerous pain killers to the public, then neglecting to mention the terrible side effects just so they could sell mass quantities of the drugs, many more states will start to get similar judgements and if the high courts grant payment and reject the appeals, then many of these big companies are done for. Which wouldn’t be a bad thing.

$572 MILLION OPIOID VERDICT: A judge in Oklahoma ordered Johnson & Johnson to pay more than half a billion dollars for aggressively marketing addictive painkillers to doctors and patients, with the drugmaker vowing to appeal. @SteveOsunsami reports. https://t.co/YImvkNXbYc pic.twitter.com/jc8Ok7E0Oa

This is the big problem when government and corporations get together against the public good and don’t allow capitalist competition to rule the day. People must understand that the argument over health care isn’t to make people better, it’s to fight over who will get paid off of people’s pain. When there is profit in pain, this is the kind of effect everyone can expect. The solution of course to medical insurance is to have less people sick, for our medical system to repair people, not to prolong their death just so that they can be prescribed medicine to ease their pain. At the heart of the opioid crises is a problem that is the foundation of our entire civilization, are we going to go forward and evolve or will we just decline into dust and be one silly little page in history. The crux of the debate is upon us and it is the result of this latest drug company lawsuit.

Unfortunately, while many of us crave personal freedom about what television shows we want to watch, what cars we drive, who we marry, what schools we go to, what we like to eat on a Friday night, we surrender our lives to doctors almost entirely. We assume they know best because we were taught in school that they did, and we take their advice on everything, how to live our lives, whether or not we can work or be on disability, or what drugs we will put into our bodies which could change everything about us. As a matter of fact, every mass shooter recently had one thing in common besides broken homes, they all were on anti-depressant medicine—which of course taken with marijuana and alcohol can have devastating effects on sanity. But doctors enjoy the free vacations to Hawaii and other exotic places because their name appears as drug dealers from the local Walgreens and they get rewarded for writing the prescriptions. And so long as the trust in doctors is there and they desire to profit off the sick, we will always have this problem.

Personally, I avoid any kind of drug, even when I’m sick. The desire to alleviate pain is to attempt to shut out part of living. If something is painful it needs to be fixed and if you just numb the pain, you will never fix the problem. The purpose of pain is to solve it, not to suppress it. Instead of an insurance industry that pays for all these drugs to suppress pain, our focus should be to get people healthy to the point where they don’t have pain because they aren’t sick. But the massive imprint of the big pharms that drive up the cost of insurance and medical care in general is far too great and the only way to get out from under them is to essentially put them out of business in the way that Oklahoma and Ohio are striving to do. The amount of money at stake in the medical industry is staggering, to the point where $572 million is really just a small fee to pay. Johnson & Johnson would rather not pay it, but that alone isn’t enough to alter their operations. And there are far too many politicians who, like the doctors that prescribe the medicine, profit off of people’s pain.

An Oklahoma judge has ruled that Johnson & Johnson must pay more than $572 million for the role they played in Oklahoma's opioid epidemic: https://t.co/jMkssDOgjL pic.twitter.com/hmAGxfTEcX

For all the same reasons that there are political factions who are against President Trump’s attempts to make friends with North Korea or Iran, and to fight China with trade wars, that is because those factions represent those who profit off the suffering caused by the conflict. You don’t have to look very hard to see that dear reader. It’s as obvious as a sunrise in a cloudless, desert sky. The opioid crises was caused for all the same reasons, because there is profit in pain and death, and short term, small minded people would gladly trade in their immortality for a beach house in Florida for twenty years of their gradually diseased life. There is no Republican health care plan that could be unleashed so long as this is the state of the medical industry, to profit off of pain and to drag out the effects of death to give pharmaceuticals a market longer into the lifespan of the average person. It’s not the quality of life that health insurance is seeking to cover, it’s to maintain dependency so the drug companies can flourish, which is why they support politicians who argue for universal health care.

Human beings are just biological machines, there is nothing about them that cannot be fixed or maintained at a certain healthy level. If they were healthy once, they could be healthy again. But our medical industry is not interested in healthy people who do not need them. They need the sick, and ever dying. It is a short-sighted profit path for the partnership between government and corporations and has nothing to do with capitalism. The entire system plays to the worst of human nature, to remain short sighted, and to avoid pain suppressing problems instead of solving them.

If Trump had not been elected president these fights wouldn’t be happening. It is in the lack of a government health care solution that there are any signs in any courts to even consider taking on big pharma, because the lobby money is lucrative. But Trump has changed politics and politicians are seeing the benefits of the long view as opposed to the short and science is finally starting to put courage in the minds of the sick. More and more people are realizing that they don’t have to listen to their doctor, that maybe if they stay healthy, that they can avoid the doctor all together. And when that happens a real freedom can be realized that most people never thought possible. But to have it they can’t be on drugs and under the influence of a medical system that wants to ride them, not to set them free. When we talk about government health care what we are talking about is prolonging this problem and when we talk about suing big pharma, we are actually seeking to free ourselves from their influence. And that is a great thing that couldn’t come fast enough. Then once it does, we can really get started as a species because if there is anything that is truly holding us all back it’s the nonsense about life and death and sickness and health. We can do better and if big pharma goes down, we can have something much, much better. 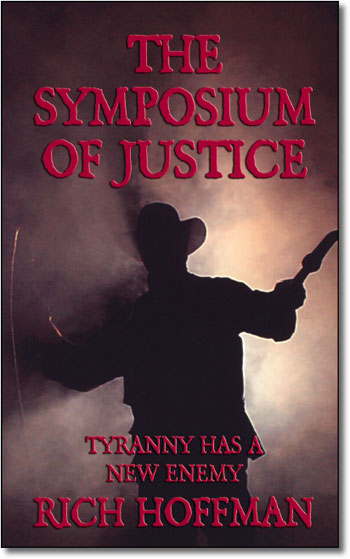