I understand that many of today’s young protestors, even the old ones were taught to be who they are in our government schools and do not know much about our founding documents in America. If you trace back all the common views of the world of the various sectors who are proposing anti-American sentiments in 2020, the actors in Hollywood, the sports figures, the government types, most all of them, they all belong to labor unions along with school teachers which I have been explaining for a very long time were brought to this country as a communist idea straight from the pages of Karl Marx. All labor unions have their origins as anti-American organizations even as many of their members do light off fireworks on the 4th of July and wave flags from the back of their pick-up trucks. They don’t know their history because nobody taught it to them. That made them easy to conquer and do the bidding of those anti-American forces, which we are seeing quite clearly today—especially over the Drew Brees situation in the NFL. But there has been nothing dumber uttered lately than this mob push to defund the police, as if they think by so doing that they will gain the ability to take over the nation unopposed. And kids have been taught this in school, and now that they are all grown up and have joined their local Antifa groups to bring down America, they have been quite shocked to discover as they have tried to take their demonstrations out into the suburbs that the residents there mostly have guns, and have been defending their neighborhoods with AR rifles which they are openly carrying. And the “oh shit” moments have been funny to watch on Twitter.

Based. If police can’t do it, people must defend their own neighborhoods. https://t.co/viww0ilDbn

Probably the most misunderstood element of modern politics, which we should all be talking about because it concerns us all, is that the Republican Party was started to defeat slavery with Abraham Lincoln leading the charge in the late 1850s. Yet at the many demonstrations all across the country, the Democrats, who were all about slavery from the beginning of the United States to the present, are fighting to maintain their hold on the black vote for the upcoming election, especially after Joe Biden stepped in it a few weeks ago by saying publicly that black people weren’t black people if they didn’t vote for him in the upcoming fall election. In so many ways there is still slavery going on, not only with blacks, but whites as well, with all people. Democrats used to practice keeping their slaves ignorant so they wouldn’t know what their masters were doing to them on the plantations, they didn’t teach them to read or to think so when they sold away their family members, they wouldn’t understand that it was wrong. Democrats have done the same through labor unions and the modern education system, they have sought to keep people stupid and ignorant making them easy to control and that is where they are functioning from in a modern context. People are too stupid to know that they are being pushed into these mobs to cover for Joe Biden’s missteps and to give him a shot at winning an election at all. The protests aren’t over black rights for freedom, but rather the control the Democrat Party has over blacks as a voting base. What they say about Republicans is actually what they are guilty of, and they expect that people are too stupid through their terrible educations to notice.

ANTIFA has threatened the town of Placerville CA . They said if anyone stands in their way “there will be consequences “ . So Hells Angels and the Mongols biker gangs have accepted the challenge !👍🏼 pic.twitter.com/cTQRgh669f

However, for the scam to work everyone must play along and that is not how it has evolved. Not everyone is stupid, and even though most of us had to go through the government education system, not everyone was eaten alive by it. They learn what they need to from other places so some move out into the suburbs and move away from Democrat controlled areas and rebel against the politics that wishes to undo the American Constitution. They understand that if there are no police, that they are the next line of defense. But as the Bill of Rights always predicted as a backdrop of all law and order, the 2nd Amendment is there for precisely the reason that Antifa groups are discovering. The Antifa groups were taught by their public school teachers that the 2nd Amendment was a bad thing and would eventually be abolished so of course the modern domestic terrorists are surprised to see people openly carrying weapons to defend their homes and neighbors from intrusions and protests. Even if Democrats did remove the funding for police forces there will be a second layer of law and order. People would step in to become that next level of protection with their own guns. I can say for myself, I would gladly volunteer to do police work for free to protect my community. There will be law and order where I live and we don’t need a unionized police force to do the job for us. Having paid police is more for the protections of any potential insurgents more than anything else. So if they want to defund the police, they are only hurting themselves and that realization is becoming quite clear to them now.

You have a problem with us protecting ourselves? https://t.co/7YeaiW64Xj

But it all comes back to education, not everyone has the same level of it. Everyone has the same opportunities for education, but not everyone takes advantage of it. Education goes far beyond the government schools. Its in books, and television, and many other sources. For instance, there was a wonderful documentary on the History Channel recently on Ulysses S. Grant, the great Union general. Everyone should watch it. It made it quite clear what the Republican Party was to Grant at the time and what role it played in bringing down slavery. If most of the kids protesting understood that very basic concept they wouldn’t be protesting the Trump administration, but rather Joe Biden. Even if they don’t teach these facts in school, they do on free cable stations like the History Channel. The information is there for those willing to learn it. I did a book report on Grant when I was in the third grade while attending Lakota schools in Ohio. I have always had a mild obsession with great military minds, like Grant, like Patton—and that was the feature of my book report. You have to remember that nobody expects much in the third grade, but my teacher even took issue with my paper and urged me to write more about Grant’s alcoholism and his bankruptcy, his failures in civilian life than the guy who beat the Confederates to restore the nation to a unified status once again.

This was good to see. Unfortunately necessary but good that people finally had enough.
https://t.co/wS6jJCvVEZ

I knew better, I always liked to learn and felt that the public schools were filled with hateful radicals. I could see it for myself, my parents took me to museums as a little kid, and I read books, and I watched public television documentaries with my grandma on her farm, and I was always learning things so government schools were not the only place I was exposed to teachable moments. So when my teachers were not happy with my Grant paper, I shrugged it off and moved to something else with my thoughts intact. Not everyone has those options, so they get their ideas chewed up by a teacher. They revise their thoughts to get the passing grade, and after doing that for more than 13 years its not hard to see why they end up on the streets protesting all the wrong people for all the wrong reasons and not understanding the full situation. They were taught to be modern slaves in their government schools and that might seem fine until they meet people who have moved away into the country because the cities were too full of scum and villainy. What they find there is that law and order is alive and well. There is a reason that cities no longer function as the center of culture and American effort has moved away. The Trump voters too have moved from the cities into the suburbs and that is why all organized politics is bewildered how they have lost control of the process.

There are now two all white armed vigilante groups roaming Fishtown with the blessing of the @phillypolice pic.twitter.com/csGWCDZ6Nw

There was much said about the size of the rallies even in places like Philadelphia as helicopters filmed the streets filled with people. But in truth, that wasn’t any different than a typical Trump rally. It was a lot of unemployed, stupid people made that way deliberately so that Democrats could maintain some hold on the slavery they have created in a modern context. But the facts remain that there just aren’t enough of them to change America the way they want to. Even if only 10% of the American population resists the slavery Democrats and their labor unions want, that is enough to disrupt all those plans. That 10% is too well armed to let an insurrection take place and that is the key to everything. It’s the part of the plan that Democrats didn’t have worked out, and by the reaction of the Antifa mobs serving their purposes, they are bewildered as to what to do next.

2 thoughts on “Modern Slavery in the Democrat Party and their Labor Unions: Mobs of stupid people didn’t know better, until they met the guns of the suburbs” 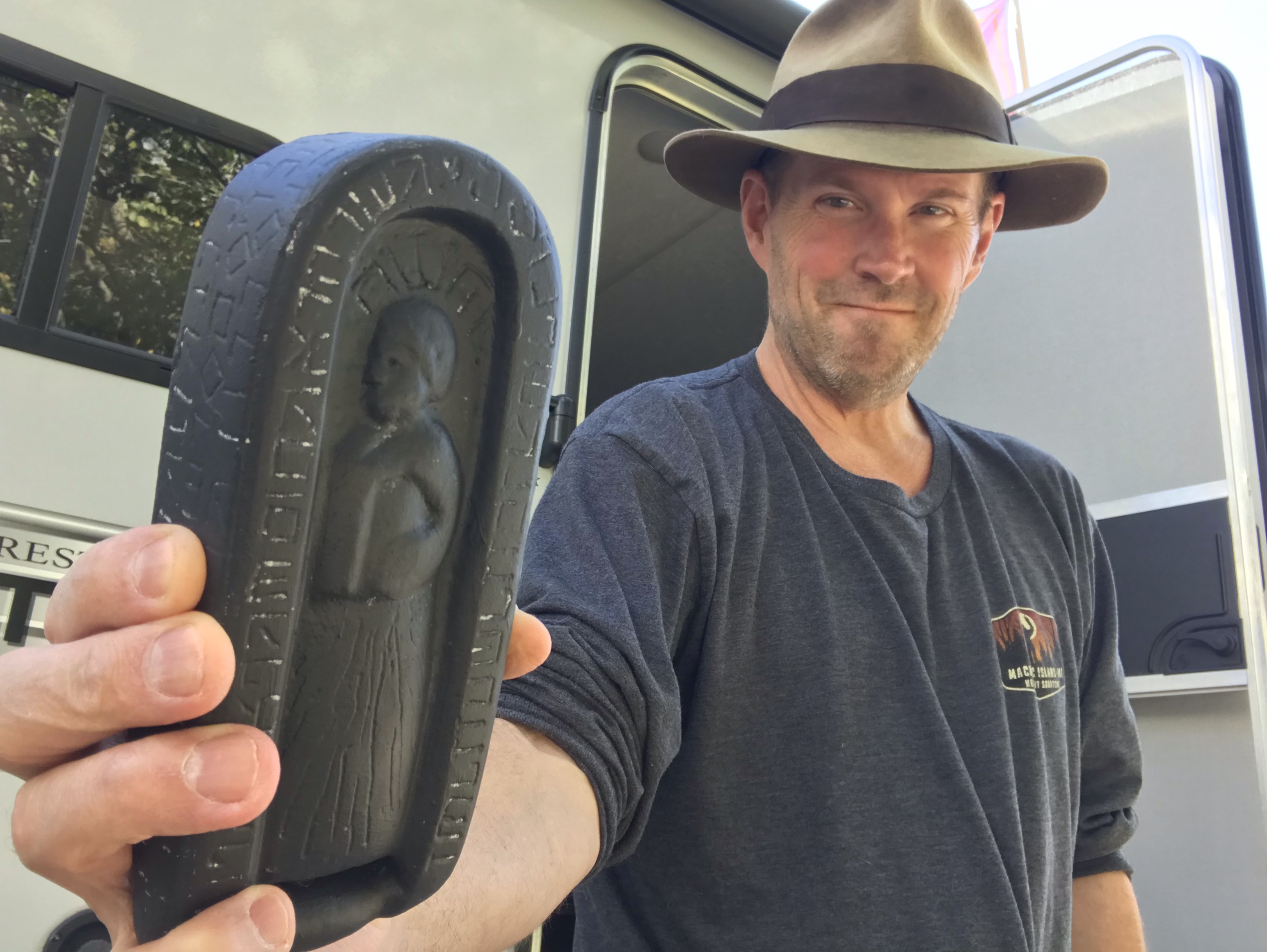