We all know why Nancy Pelosi is supporting impeachment proceedings against President Trump, its because of the fabulous speech against globalism that the President gave to the United Nations on September 24th, 2019. It was an historic speech that put its finger on history as we know it and it could have only have come from an overman type of president, straight out of the pages of Thus Spoke Zarathustra, one of my favorite all time literary works and the name of this blog site. Collectivism is not the way for the human future, it is in our ability to grow as individuals that is. Even though most of us never reach those lofty heights of prestige and above the line candor, those who do are those who carry on their back’s the hopes and dreams of mankind. That is essentially what Trump said to the world at the United Nations who were most certainly 100% against him. It took guts, and a real swagger, and it pushed back over a century of progressive efforts at finding a mundane middle for which the world could happily reside, if not for that pesky individualist, the gold loving, super model marrying billionaire from New York, the unshakable, unfrighten, and audaciously self-confident, Donald J. Trump.

If there was ever a quid pro quo regarding Ukraine it came from the presidential candidate Joe Biden while he was Vice President under the corrupt Obama administration. The supposed inquiry by President Trump into investigating Biden is a nothing story, yet the Democrats have no choice but to run with it. That is because as they look at their field of candidates to challenge Trump in 2020, Biden is their best chance at taking back the White House. And he is a loser out of the gate. Even without the corruption that is obvious between Biden, his son and the Ukraine and Chinese governments, Joe Biden is a terrible candidate who will never be able to go toe to toe with Trump in a debate, and everyone can see that clearly. The impeachment proceedings, or even the suggestion by Democrats is a hail Mary at best for the end zone from their own 1-yard line. It’s not looking good for them.

While I do feel like I’m telling people I told you so more and more often these days, that’s because I have. But as I said, I love the book Thus Spoke Zarathustra and I do feel like the main character from that book who came down from his cave to teach the world about the overman, found that they were not receptive, then decided to return to leave the world to crash at its own feet. And I might have done just that a few years ago if Trump had not made himself available to fight this fight not just at the state and local levels, but at the national and international. There are a lot of overman out there in the world, but Trump decided to come out of his penthouse with his super model wife and his great wealth and fight the good fight, and there is no competition on the Democrat side with a person like that, because they stand against any society that produces those kinds of people. So naturally they have nobody in their party who can compete with Trump head to head. And they now realize too late, that they can’t.

Looking at the big picture, which we all should be doing, this is precisely the kind of philosophic discussion we should be having. What value to society is the overman opposed to the self-sacrificing altruist? The Democrats and largely Republicans for most of the last century have been pointing to the altruist. The Zarathustras were too scary for them, and too self-reliant, so they weren’t given much consideration. Until the political machines of the world have seen what having one as President of the United States looked like. Now suddenly, all the games of globalism aren’t working, Iran can only throw fits to get attention, China is forced to take second place on the world stage, and Europe looks like a discombobulated mess stuck in its own past in comparison.

Even the Asian contemporaries of Zarathustra, the Tibetan Buddhists sitting on their immovable spots can’t compete, because while Zarathustra was a very defined individualist honing their skill sets to perfection and brining boons to the world as a result, the Buddhists just quit the world and leave it to the greedy, and social malcontents to rule, which was fine with all the power players who wanted a seat at the table, so long as it was equal to everyone else just as demented. Thus, that is the platform of the Democrats and has been for a very long time. While it was easy for those political types to point to religions that promote self-sacrifice, like Buddhism, like Christianity, even the Muslim variants of the same stories, nobody was ready for a self-assured spokesman like Trump. Yet there he was asking through Twitter why nobody was investigating the Biden campaign for collusion with Ukraine. Democrats were outraged, only they were supposed to ask such questions, and if they lost Biden, who would that leave them with to sweep up moderates in the rust belt states? Nobody but outright socialists—and Americans wouldn’t knowingly vote for one of those—not yet.

So like villains at the end of each episode of Scooby Doo the Democrats are saying, “if it wasn’t for that pesky Trump they might have won.” That is why they are trying one last thing to get a foothold in the 2020 election, maybe people won’t vote for Trump if they think he’s been impeached. But the rest of us know the game and can see the writing on the wall. Individualism is winning over collectivism in a big way and the means of production through capitalism has one big champion in the world forcing those committed to globalism to run to catch up, which will take them decades. That will make the United States the world leader for many, many years while the plan all along was to destroy America and make it just another state under the rule of the United Nations.

We have globalists everywhere, zoning boards all across our nation are filled with them and you can see their efforts with all the Agenda 21 projects that are now in all our communities today. This plan goes back for many years and started in our education system with instigating implementation through political leveraging. So, to a point, I understand their reluctance to observe reality, the reality where Trump is president voted for by the public despite the government efforts to stop that movement. We don’t want to be like Hong Kong, protesting for rights that we already have. For us, its better not to let it go in that direction, which was precisely where it was headed. However, now its too late for Democrats and they know it. They are going to try to impeach President Trump just as the village protested Zarathustra once he revealed himself. Nobody wants to live up to the high bar of an overmanwarrior. Yet, enough people do want one in the White House to keep him there, and that is now grossly evident to Democrats and Globalists everywhere. 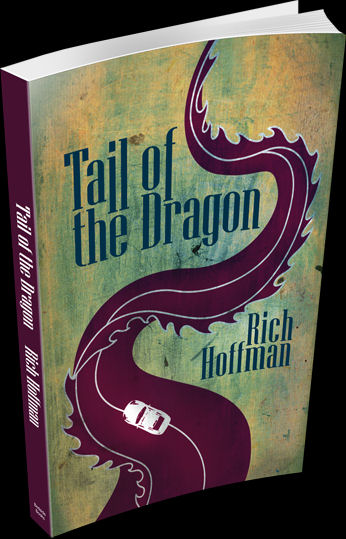