When you were a kid did your mother ever make cookies and put them in a cookie jar, only to have her catch you taking too many? “Now don’t eat all those cookies,” she would have said. “I made those for you, your brothers and sisters and all your friends. If you eat them all there won’t be any for the rest of them.” Well, at Lakota that’s what the teachers have done, they’ve taken too many cookies for themselves, and they’ve told the community through the teachers union that if you want to make us all happy, then you’ll just make more cookies. Problem solved. But the problem isn’t solved, because while we’re making all these cookies, we’re not being productive in other ways, when the reality is that all we need to do is exercise some common sense and fairness.

It is encouraging, yet there is still plenty of room to be skeptical, that the Lakota School Board appears to be looking for some room to gain much ground by voiding the second year of their contract with the teachers union.

The contract was voided because of the following clause: This contract shall become effective on the 1st day of July, 2010 and shall expire on the 30th day of June 2012. Contingent upon the District’s legal ability for the Board President, Treasurer, and Superintendent to sign the R.C. 5705.412 certificate. In the event that the Board Representatives are unable to sign the R.C. 5704.412 certificate the second year of this Agreement then agreed to between the parties related to the second year shall be considered null and void.”

The 412 certificate (see link: http://codes.ohio.gov/orc/5705.412 ) basically says that the District has to declare that it has sufficient revenues to meet its planned expenditures. This is Lakota’s press release: http://www.lakotaonline.com/news.cfm?story=2754 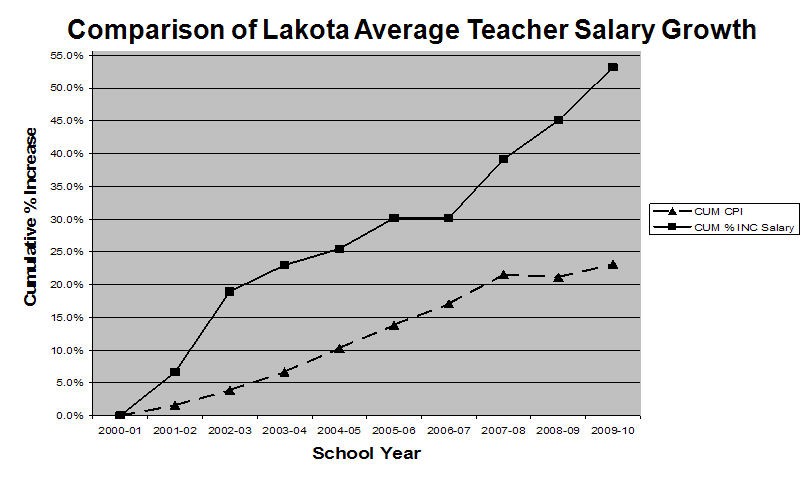 According to the Pulse Journal the move allows the board to void its contract with its teachers’ union, while at the same time, giving it flexibility to create a more sustainable long-term plan for the district, board President Joan Powell said.
“In the past three weeks as this information started coming to us from Columbus, it has become apparent that to maintain the future viability of this district, we need to look deeper than just the proposed budget reductions,” she said.
“Some fundamental changes to the contract are needed, and we have a window of opportunity to do so,” Powell said. “In light of the negative impact of this proposed state budget, we must take that opportunity. Our financial reality today is different than it was last November or last August when we executed this contract.”

Lakota Education Association President Sharon Mays said the union will continue to work cooperatively with the board to find the best solution for students and teachers, but the process now will take longer.

“I’m anxious to see the forecast, because we have not been able to look at it,” she said. “We feel as though we’ve been cooperating and collaborating, and have given up a lot of things in those memorandums of understanding. And to change direction this late in the game — now everything is slowed down.”

Treasurer Jenni Logan said deficit spending next year is expected to be $22 million, up from $13.9 million in 2011.
A $28 million negative cash balance is expected in 2013.

The stress to the budget, Logan said, is coming from three areas: the state is reducing tangible personal property taxes starting next year, Lakota is expecting less money locally, and federal stimulus dollars have gone away. 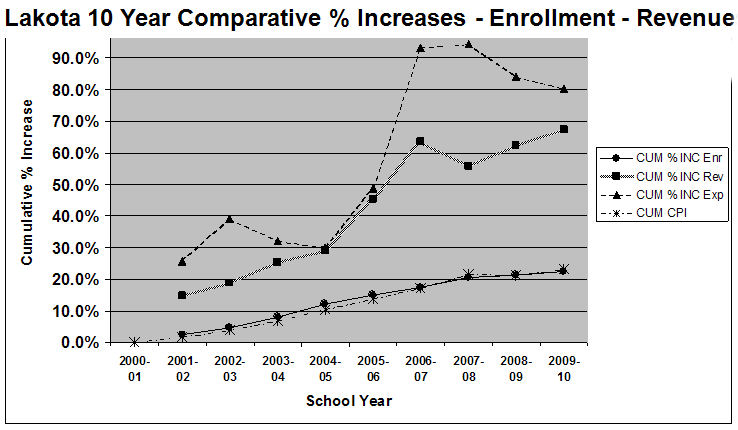 The $22 million deficit is something that has been a concern for a long time, and it is driven by one primary factor, wages. If you haven’t seen it yet, click here to see the type of wages we’re talking about. It is my sincere hope that the Lakota School Board will take this opportunity to drive those wages down. No other measure will be acceptable because no other budget cutting device will bring costs in line properly taking into account that federal money will not be there and the reductions in the personal property taxes. The days are gone where the teachers union could just blindly demand the incredibly high wages that put us in this trouble to start with.

During this next round of negotiations I proclaim that I will stand behind the school board fully if they’ll not allow the union to dictate terms to our community. I don’t want to hear any threats of any strikes from the teachers union. I don’t want to hear any threats at all. If the teachers of that union truly want to be a part of this community, they’ll dig deep and consider themselves lucky to work in such a nice district. We’re not asking teachers to work for free. But an average wage of over $62K per year is not acceptable. They asked for too much, broke the back of the community in the process, and now it’s time for them to come to the table and give back enough for Lakota to balance its budget. No other measure is acceptable.

For those that just want money, go to another district. Because soon that district will be going through the same problems Lakota is going through. So run from district to district like a thief in the night and collect your money. But for those teachers that want to work for Lakota, and want to be a part of our great community, work with us and we’ll work with you. But don’t even think of a strike or any other public relations stunt. There are people this time that will be there to expose you for what you truly are.

With all this encouragement, I hope that there isn’t some phantom intention to place another levy on the ballot in August or November, because the money isn’t there and such a thing would be incredibly arrogant. Higher taxes in our community in any capacity would be economically devastating in light of the increase in fuel costs, rise and in food costs which is directly influenced from increases in transportation costs. The amount of income that is required to purchase a $250,000 dollar home, which is what most homes cost in the Lakota School District along with the dollar shrinking in value and facing tax increases on their property is prohibitive. The only room for meeting the budget needs comes in reducing the impact of the wage costs of the employees.

The teachers took too many cookies and the community is done making cookies. The teachers need to put some of those cookies back so there’s some left for all the other teachers. Our budget is just under 160 million dollars, not a small amount. So there should be plenty of cookies for everyone. The only reason there’s not is because some teachers took too many cookies, which is robbing others from having a cookie. So do the responsible thing and put the extra cookies back in the cookie jar and play nice teachers union. Don’t be greedy. Don’t be vain. And don’t throw a fit of rage like some child that didn’t get their way. Help our school board balance their budget and do your part to make sure everyone gets along. But more (cookies) taxes, are not the solution.

3 thoughts on “Put Back a Few Cookies: Lakota Teachers took too many and didn’t leave enough for others”